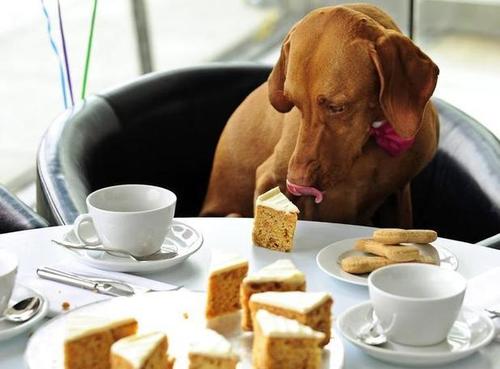 A recent study reveals that dogs are much likely to steal food in the dark when humans cannot notice them, indicating they understand a human’s perspective.

The study, conducted by Dr. Juliane Kaminski of the University of Portsmouth’s Department of Psychology, claims that when humans forbid the dog from eating the food, he is four times more likely to steal the food that he was forbidden to eat in the dark. This behavior in dogs reveals that they can change their actions based on what humans think and feel. They take into account what humans can see and what they cannot.

This study, funded by the Max Planck Society, is the first that describes how dogs distinguish between different levels of light when they are making strategies to steal food. According to Dr. Kaminski, humans attribute a few qualities and emotions to other living things. It is we who think that the dogs are clever or sensitive, not the dogs themselves.

A series of experiments were conducted in different light conditions. In each test, the humans forbade the dog from eating the food. On conducting these tests, she noticed that the dog ate more food in the dark and that too quickly, as compared to when the room was lit.

The study had 42 female and 42 male domestic dogs who were 1-year-old or more. She made sure she selected those dogs that were comfortable without their owner, even if it was a dark room. The report states that the tests were complex and involved many variables to rule out that dogs were basing their decisions on simple associative rules, for example, that dark means food. It is not known how well dogs can see in the dark, but the study shows that they can differentiate between light and dark.

The researcher concludes saying, “The results of these tests suggest that dogs are deciding it’s safer to steal the food when the room is dark because they understand something of the human’s perspective.” Further studies have to be conducted in order to discover the mechanism that controls the dog’s behavior. Previous studies have indicated that dogs consider human’s eyes as an important signal in deciding how to behave. For those people who are attentive toward dogs, the animal responds more willingly.