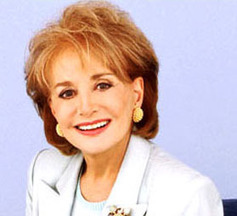 Barbara Walters Barbara Walters began her career as a receptionist in an ad agency, then became a newswriter for a series of local stations, eventually working as a gopher and occasional writer f…